Short link to this page: http://bit.ly/2cn7hrO    Send it to friends and relatives, Tweet it, put it on Facebook, etc.

Download the PDF (26 Mbyte) of I'm Standing, the account of my candidacy at the 2019 General Election in the Prime Minister's constituency 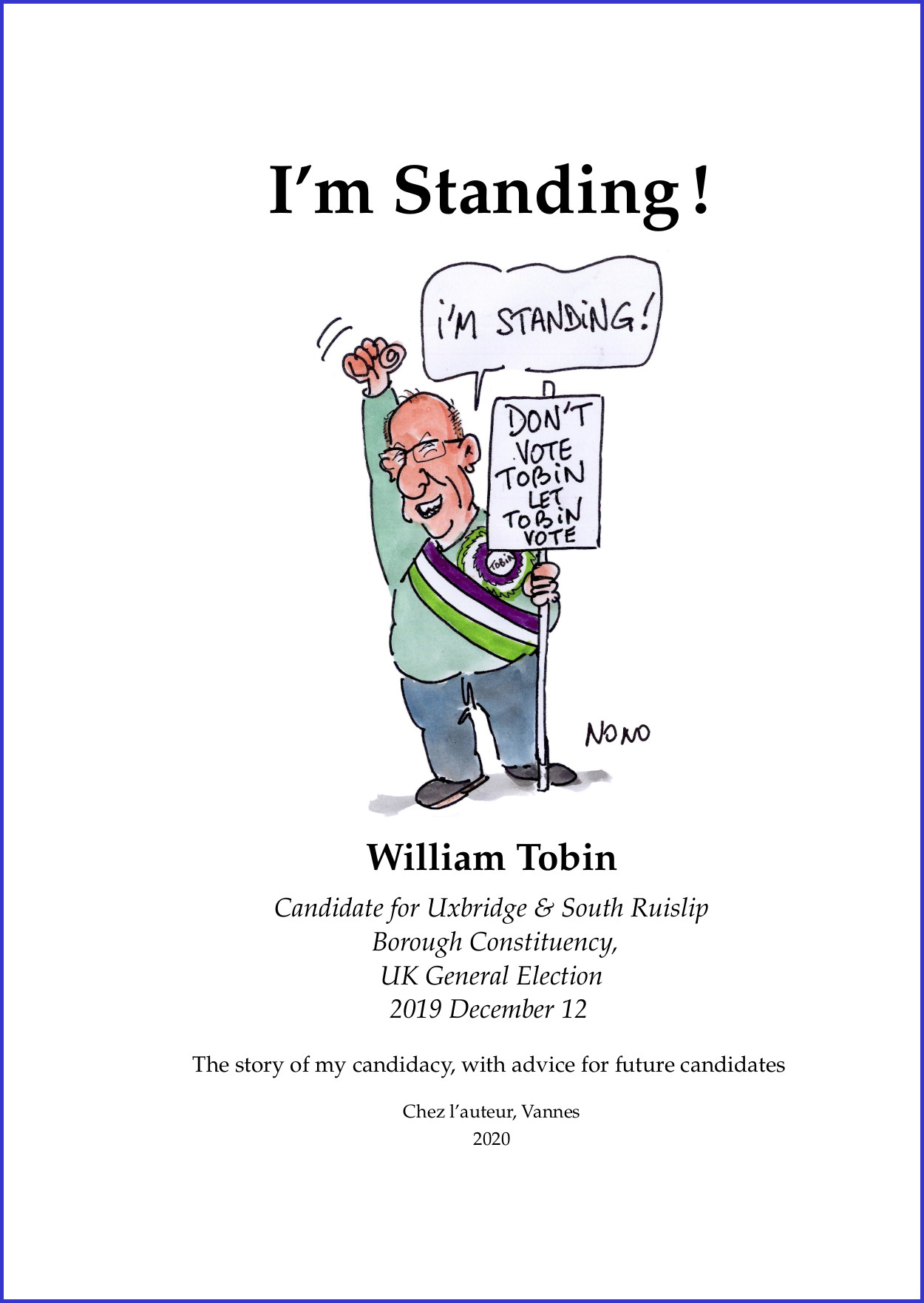 French resident William Tobin explains why he’s standing against Boris Johnson in December’s election, but doesn’t want anyone to vote for him

The Cabinet Office estimates we’re 3 million Brits living abroad who are without a say in UK elections and referendums because after 15 years we lose our right to vote. For those of us living in France, like me, or elsewhere in the EU – or planning to – our lives are being churned up by a Brexit decision in which we weren’t allowed to participate. This isn’t fair, this isn’t democratic. The Tories promised to right this wrong in 2015 & 2017, but let us down. The promise is repeated in their 2019 manifesto. Will it be kept if they win?

Even though barred from elections and the 2016 referendum, electoral law does allow me to stand. So I am standing in the Prime Minister’s constituency to highlight the injustice of not having a voice. This is in the long tradition of non-party candidates challenging the serving Prime Minister on more or less serious themes. Along with the Interplanetary Time Lords and their ilk, fellow candidates in Uxbridge & South Ruislip include a woman from Dublin (yes, the Irish can stand!) who is mocking the foibles of the English in general and Boris Johnson in particular, and a Muppet promoting father’s rights and concerned over the prevalence of male suicide.

My platform also highlights the plight of perhaps 2˝ million foreign nationals permanently resident in the UK who can’t vote either, yet pay taxes and contribute to society just like everyone else. Finally, I think of 1˝ million 16 & 17 year olds. Votes for these emerging adults are clearly on the horizon. They already vote in Scottish and Crown Dependency elections, and are about to in Wales. It is Liberal Democrat, Green, SNP, Alliance and Labour policy to enfranchise them fully.

All of we excluded 7 million have vital interests in Brexit and the UK. Referendums and elections without us simply aren’t legitimate. Like the suffragettes before us, we deserve a say in our lives.

Whether to Brexit or not is the over-riding issue in this election, so I don’t want anyone to vote for me. Zero would be my perfect score (and would gain me a place in the Guinness Book of Records!) Rather, I ask electors throughout the realm to press candidates to pledge to right this electoral injustice. I also ask them to cherish their vote, and on December 12 to cast it mindful of us voiceless 7 million and our future. 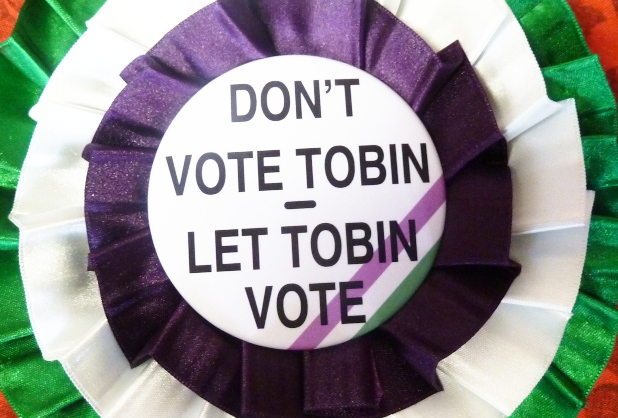 Campaign flyer (A5) as being distributed to 47,700 households in Uxbridge & South Ruislip

Photo of the candidate. Another, and another. Campaigning at Speakers' Corner, Hyde Park.

Poster to print and display yourself (A4)

Campaign flyer in French (A4)

Expenditure and donations full details. Electoral Commission Return of candidate spending, which refers only to the 'regulated period' November 7-December 12

Submission dated 2020 July 22 to the review into the regulation of election finance by the Committee on Standards in Public Life following a sollicitation by its Chair, Lord Evans. Terms of reference.

Email: dontvotetobin @ orange.fr (Eliminate spaces, which have been added to fool web crawlers)

The 12 candidates standing in the Uxbridge & South Ruislip constituency

Petition to Parliament in 2016, including discussion of the 7 million statistic

Can I vote? website for foreign nationals in the UK

in red when my campaign is the principal subject

The Connexion, January 2020, p4, Thanks for not voting for me

The Connexion, Dec 25, 'Thanks for not voting for me' says Briton in France [paywall]

AP Archive, Dec 17 (from Dec 12), Residents comment in Johnson's marginal constituency [and me too, at the end]

RT UK, Dec 13 [on-line Dec 16] "The toughest competition of all came from you against Boris Johnson..."

RTL Today, Dec 13, scroll down to 02:02, The battle for Johnson's seat, Lord Buckethead, Count Binface, and a retired professor in Brittany

Al Jazeera, Dec 6, UK election: PM absent from event in his constituency [I'm not mentioned but am visible in the background!]

The New European, Dec 5, I'm standing against Boris Johnson - but I don't want any votes

Europe Street News, Nov 24, Meet the man living in France who is challenging Boris Johnson in his constituency

Notes from the U.K., Nov 20, News from the fringes of Britain’s election: a midweek bonus post

The Connexion, Nov 15, Briton in France stands against Boris Johnson